The powdered sea wormwood aphid has excellent cryptic coloration on its host plant, and its presence can be quite difficult to detect even when large populations are present. The white wax powder on Macrosiphoniella pulvera has a similar appearance to the network of minute white hairs on the stem of sea wormwood. 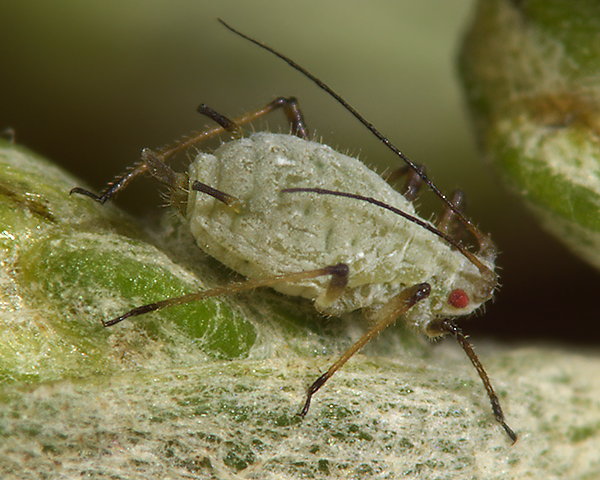 Adult Macrosiphoniella pulvera have similar cryptic coloration to the immatures (see pictures below). 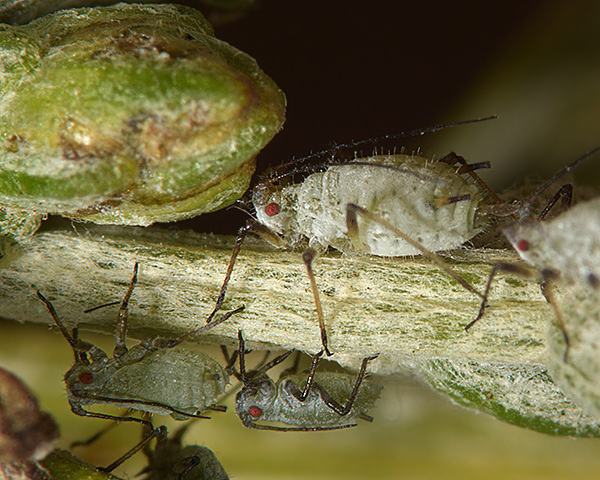 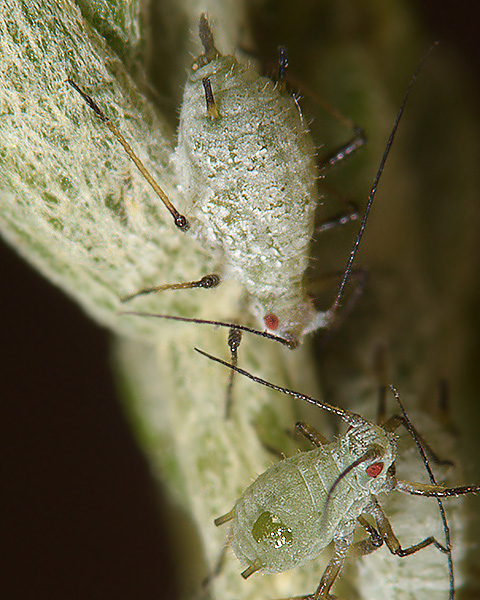 This situation is contrary to that shown by several Cinara species (see for example Cinara confinis) where the immatures are cryptically coloured, but the adult has aposematic coloration.

Colonies of Macrosiphoniella pulvera in September show colour polymorphism in that small red forms may also be present. 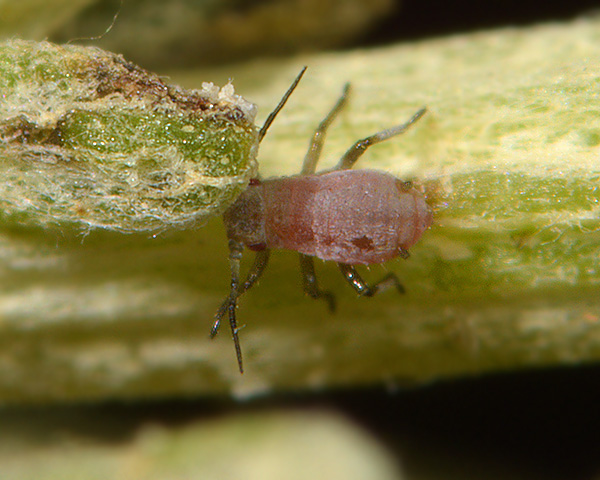 This could be a stable coexistence ratio of two colour morphs reflecting differential susceptibility to natural enemies, as shown for Acyrthosiphon pisum by Balog & Schmitz (2013), but given the lateness of the year (September), it seems more likely that these are developing males - possibly with a different strategy for escaping predators (aposematic coloration ?).

Other aphids on same host: